Kids, this has been one crazy year. I can assure you, never did we think at the start of it that Namine would have endured half the stuff she has, to say nothing of getting a prosthetic and having heart surgery. Make no mistake, heart surgery was always on the table. It was the elephant […]

Kids, this has been one crazy year. I can assure you, never did we think at the start of it that Namine would have endured half the stuff she has, to say nothing of getting a prosthetic and having heart surgery.

Make no mistake, heart surgery was always on the table. It was the elephant in the room, thing we all knew was coming. Slower than we expected, but faster than we knew. But for years now, Namine’s cardiologist had been saying “not yet, not yet,” so why would we have thought this year was any different?

School, that’s what was different. Or would be, if we have our way. We wanted Namine’s heart surgery and recovery to be done with before school starts next year so she wouldn’t miss it. She was stable enough, even if her body didn’t absolutely need the procedure yet, so it would still benefit her.

But I’m getting ahead of myself. We certainly didn’t start out the year with heart surgery. No, there wasn’t anything critical until April, when Namine had a bronchoscopy and dental work. The bronch was in response to the speech pathologist, more than anything, in order to determine once and for all whether or not clipping Namine’s frenulum was a bad idea. (It was. The speech pathologist eventually came around.)

Clipping her frenulum would have solved one of Namine’s two speech problems. The second was closing off of the plosive sounds, and for that, there were two potential solutions: surgery, during which the palate would be extended (not dissimilar from the mandibular distraction, which extended her lower jaw), or a prosthesis, called a palatal lift. We chose the prosthesis. So in August, Namine was fitted for something called omega loops, onto which the prosthesis attaches while in place.

At the end of August, Namine had a successful fenestrated Fontan procedure to complete the three-stage heart repair. She came home under two weeks, even though it was originally predicted that she would be in the hospital for up to six weeks. Unfortunately, there were complications with her chest incision, and we ended bringing her back to the hospital as a result.

Of course, being in the hospital is no reason not to do anything. Namine did her part to raise awareness for Pierre Robin Sequence.

It was a relief when Namine’s Fontan complications were cleared up and she was able to go home. It seemed like forever, but just the next month, she was able to get her prosthesis. It took her some time to get used to it, but get used to it she did. She even looked forward to having it put in every other day. 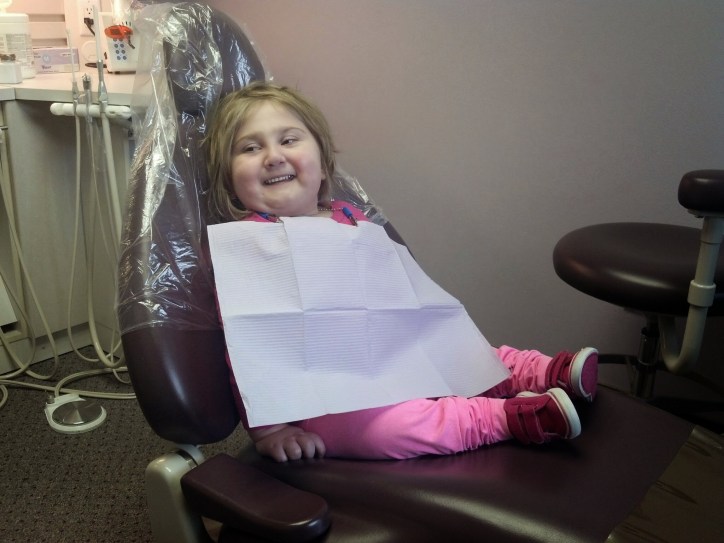 That, of course, was before Namine got sick. She wasn’t throwing up – it wasn’t quite that bad – but it made wearing the prosthetic harder. But she’s now done with both the antibiotic and the coughing, so we’ve started her up again with wearing the prosthetic. It’s not exactly like riding a bike.

All this while, though, Namine has been working hard at therapy. She’s gained strength and height, and is now walking for up to twenty minutes (with breaks) in her walker. It used to be that she was hardly tall enough to lean her elbows on the walker’s arms, but look how tall she is now.